I’ve seen alot of confusion and misconception about if you can start a faction or not but in truth you can but it can be confusing and kind of difficult so i decided to write this guide to walk people through the process.

So first things first you must complete the beginning quest titled “Neretzes’s Folly.” For this all you need to do is locate the 10 lords marked with an exclamation point around the map. You will need to find 10 in total and there are about 2-3 lords in each faction you can talk to so if you can’t find all of them in one area you can always move somewhere else. In my opinion the best way to do this is do it as early as possible and do not engage in any hostilities with any faction on the map until after this part is over, lords will have higher army sizes than you early game and talking to them will be difficult. 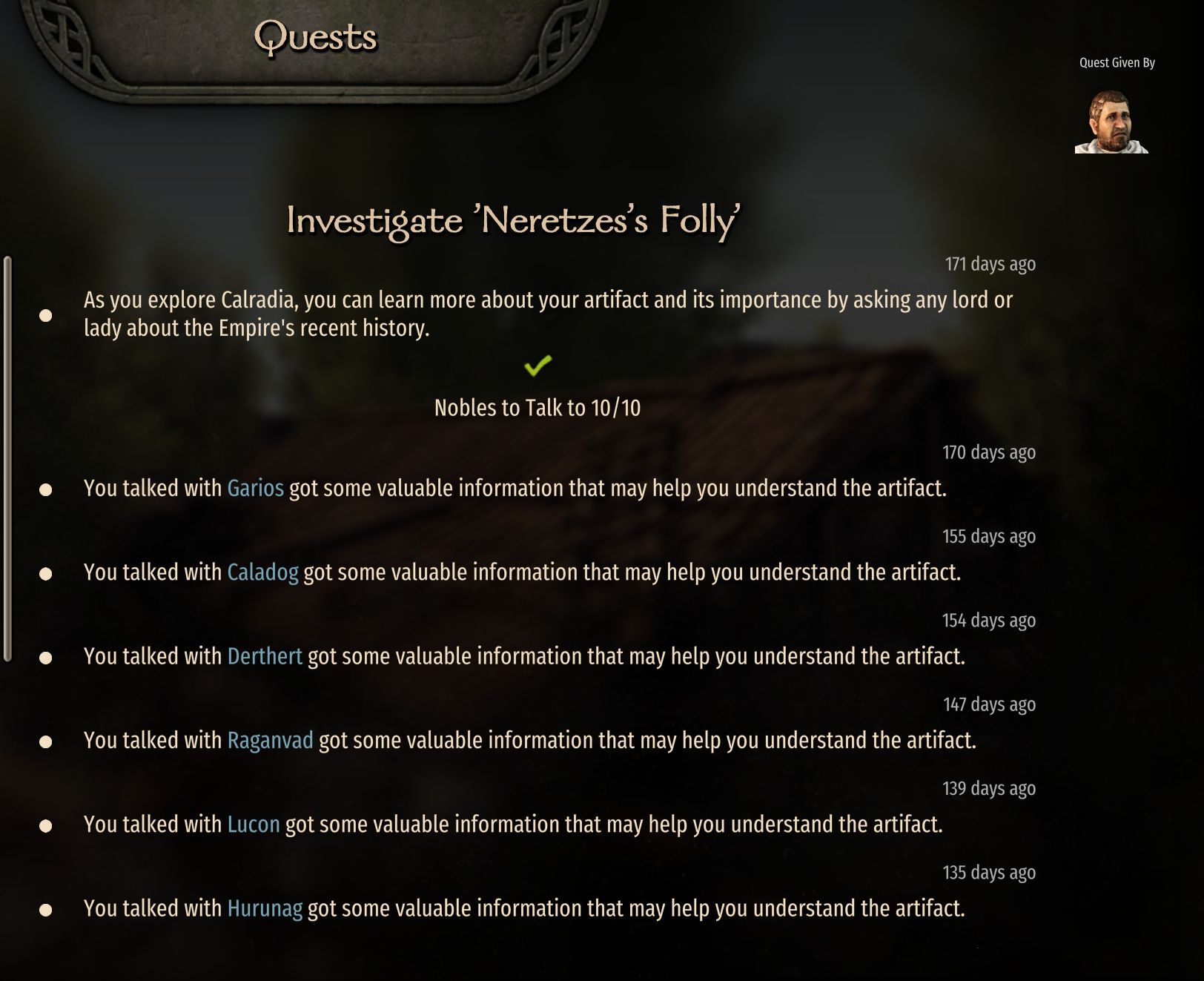 Next you will have to meet with two individuals named Arzagos and Istiana and talk to them about finding the other Dragon Banner pieces. They will both give you bandit hideout locations to find them at. When attacking the hideouts make sure to have enough experienced troops to take them on because you will be outnumbered in each case only being allowed to bring in about 5-6 men with you regardless of party size and if you die you will be taken prisoner. In the images provided you will see the town names that they are in these will never change and will always be found at said towns.

Now for the final act, now that you have all three pieces you have a few options to choose from. Istiana will inform you that you need to reform the Imperial empire or support a preexisting empire whereas Arzagos will have you take on the barbarians up north and dismantle whats left of the empire. Either one will create your faction but both have certain criteria that you must meet:

After completing all of this your faction will be created with your clan as the ruing clan. You can try and persuade other clans to join your kingdom but it will take a lot of convincing and a lot of money to do so. I hope this guide helped you as it is the first one i have ever written and hoped i’d seen when i got to the later stage of the game.

Baldur’s Gate 3 How to Get Sorrow (Legendary Weapon)